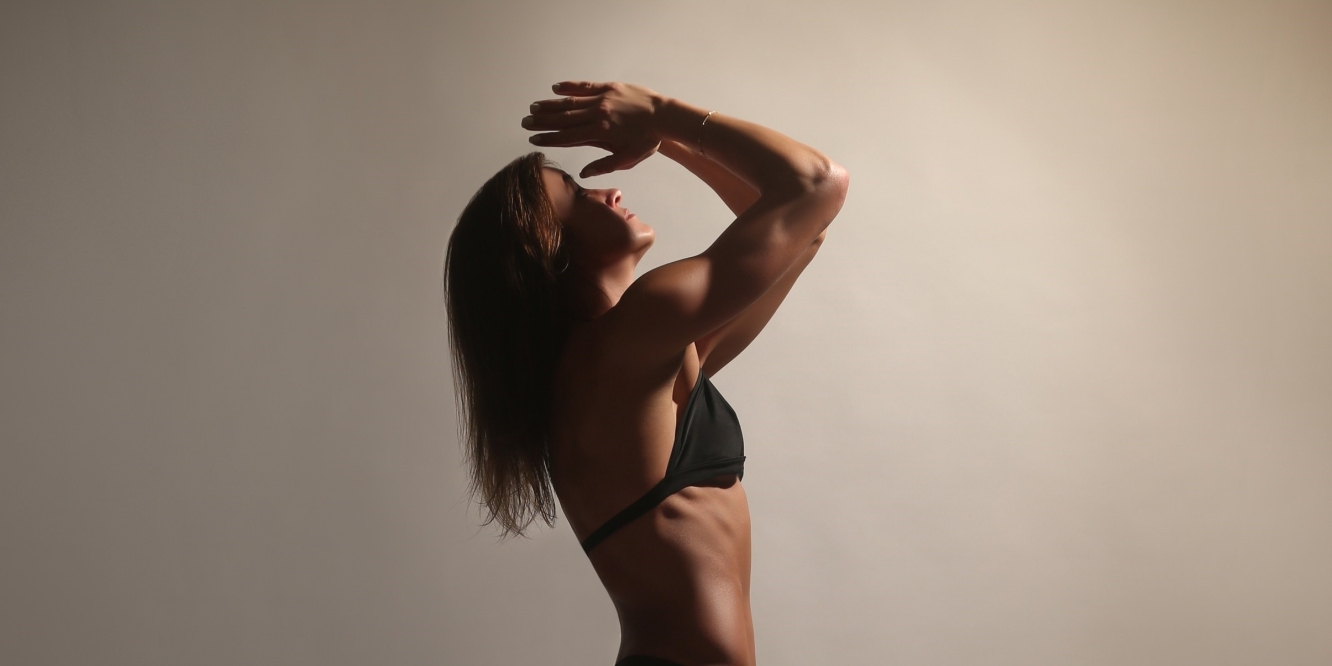 There are few things scarier than this endless isolation but, collectively, as a nation we have probably experienced all of them.

As we’re anxiously awaiting the announcement on Sunday, which will bring the first few relaxations to our strict lockdown (or so we hope), I want to have a look back at the last 7 weeks and how it’s affected me. I have spoken to many of you about your individual journeys and never before has it been more obvious how, despite a pretty obvious common denominator, the isolation, we all have been living completely different realities. Talking about mental health has never been more important and it’s time to stop pretending that we’re unruffled and completely fine with our worlds shrinking to the size of our living spaces. It really is okay not to be okay and we should never be ashamed for our struggles but proudly own them and grow from them.

On Monday, 23rd March, as a nation, we all suddenly entered a state of grieving. Grief is explained as “intense sorrow” and it does not only occur when someone has died. Of course, we must remember those who have lost their lives or loved ones during this time as that is the greatest grief of all and my heart breaks a little every time the death toll is updated. For the rest of us, we have grieved first and foremost the loss of personal freedom and autonomy. Collectively, we were feeling incredible sorrow for suddenly having nowhere to go and nobody to talk to. The elderly in care homes would suddenly have nobody come visit and I cannot think of anything more heart breaking than that. Since the lockdown began, unspeakable amounts of people have grieved the loss of their job, relationships, friendships, the feeling of being needed and making a difference. So we all entered into the era of video calls and online friendships in an attempt to thrive in the new “normal”.

Do you still remember life before lockdown?

Try to think back to the time when we were all still simply discussing the virus and how serious it was elsewhere in the world yet musing as to how relaxed our country was amongst all this chaos. It almost felt like we were untouchable. Meanwhile, UK was being made fun of everywhere and the countless memes will live to tell the tale. The most apt (dare I say amusing?) image to describe this stage must have been the one where the virus outbreak was compared to a hazardous investigation scene. In the photo, you could see other countries such as Italy, France, Spain and US depicted as people dressed in hazmat suits investigating something on the ground while UK was merely a clueless onlooker in his summer hat, flowery shirt, shorts and flip flops with his hands in his pockets. And that was the truth – while some countries had already announced lockdown to flatten the curve, we were simply being told to wash our hands and sing the Happy Birthday song.

Suddenly, as if out of nowhere, the schools were announced to close with a couple of days notice. Companies were sending their staff to work from home, businesses were closing one after another, finishing with anything from gyms to beauty salons and clothing stores. Fulham & Hammersmith council even closed all of their parks on Sunday 22nd March at 7pm (but thankfully reopened them again 5 days later, which was an incredible relief). That week was probably the strangest week of my life. Every day I found myself saying goodbye to friends as nobody had a clue whether we would meet in two days or two weeks. To make the most of my days, I made sure I went to every yoga and dance class that I could to support my friends as they were about to lose their income for an uncertain amount of time. Every day I left the house, feeling positive, almost exhilarated to still be able to do things that we normally take for granted. And every day, after a productive day full of uplifting interactions, I went home and felt my spirit break a little. I would cry on the phone to Milly and she reassured me everything would be okay and that together we’d tackle anything, which always helped.

Why was it so hard for me? From Monday 16th to Friday 20th, I noticed how every day London got quieter and quieter. The gyms and studios were draining empty of people, classes were cancelled and it was all starting to feel so lonely and eerie. I love London for its people, the hustle and bustle and suddenly it was all gone, there was barely anybody left – a true ghost town. As you remember, this was also the time that all the stores were experiencing stock shortages due to the restaurants closing and people panic buying food to prepare for weeks of isolation. There was also no toilet paper. (We will never crack the code of that mystery!) All this was unnerving enough but I had no idea it was about to get a whole lot worse.

Nothing stops the Amazon! (Or so I thought)

As a busy Personal Trainer and Nutritionist, I am used to always being on the go.  My ever changing schedule would see me leave the house anywhere between 6am and 8am and return in the late afternoon, having been out all day, seeing different clients and friends depending on which part of London I was visiting. I need variety and change to my days or I’ll get stuck in a rut and get stressed. Being my own boss for all these years has been great as it allows me to dictate where my days would take me. I’ve always been headstrong and a free spirit, I hate being given “NO” as an answer and have therefore been constantly readjusting my course in life, which had so far made me relatively unstoppable. Well, surprise-surprise, the lockdown sure did stop me in my tracks!

When lockdown was imposed on the evening of Monday, 23rd, I was feeling very vulnerable after a stressful day. I actually already knew that lockdown would be announced as I had received information from a reliable source, yet I was living in deep denial. “How are they going to take our freedom away like this?” At that point I was trying to stay calm and tell myself everything would be okay but I could feel this deep anxious feeling building up inside. The days were still rather short two months ago and the dark evenings didn’t exactly help me feel more positive about the impending doom and gloom. I was aware of army controlled lockdowns in other countries and the thought of it potentially happening in London made me feel dizzy and nauseated. In my head, the thought process kept going back and fourth between “it’s going to be okay” and “I won’t be able to deal with isolation” until the latter thought won and I had a panic attack. I couldn’t stop crying. My inner child did not understand why I was suddenly no longer allowed to go outside. Milly cried with me because she didn’t know how to help me and all she does is help people. She’d never seen me like that and neither had I.

The following 5 weeks were the toughest weeks that challenged both of us to no end. I was trying to adjust to my new life. I had to accept that I was only allowed to step out to train and shop, which would give me an hour or two outside and then would try to fill the rest of my day with relaxing or meaningful activities. There were days were I was extremely productive and I cleaned the house, windows, did my taxes etc and then on others I sat on the sofa for 7 hours watching movies. I had also suddenly become an online PT, which actually worked out very well and I will be eternally grateful for the loyalty of my clients as having daily sessions allowed me to maintain some bit of normality as I knew it. Outside of those sessions, I was restless and stressed and was only ever entirely relaxed if the three of us were doing something together. Meanwhile, Milly saw a rise in very distressing calls and incidents at work as a result of lockdown’s effect on the nation’s mental health, which left her affected for days if not weeks and the strain of it all was getting to her as well. We didn’t see each other for up to 4-6 days at time and it was all pretty lonely. Meanwhile, Silver and the cats were truly unbothered by the whole chaos going on outside and life couldn’t have been sweeter for them. Oh how some realities can be so completely different!

Cooking healthy meals for the whole family was one of my favourite ways to take my mind off the unknown and to focus on what I could control. Training also made me feel better but I couldn’t do it consistently as my motivation came and went as it pleased. Still, since we were eating good fresh food, I didn’t need to train daily to keep working on my strength, it was to simply improve my mood. We also watched movies and played games to pass the time and to keep busy. But we couldn’t ignore the fact that nothing was the same anymore. We were so used to being out of the house for the better part of our days, always doing something, training, shopping, going to restaurants and suddenly we were stuck between four walls and couldn’t recognise ourselves anymore. For two spontaneous people who never stay put, this was an enormous strain personally and together. Although we had so much planned for ourselves and you guys, this lockdown took its toll on our relationship and nearly two weeks ago we called it quits.

So, to answer my own question – for me, having to go through heart break while on “house arrest” is definitely scarier than the lockdown itself as I never expected my relationship to crumble during this time. But, in the words of Steve Harvey: “If you’re going through hell, keep going. Why would you stop in hell?” It can’t get any worse, so it can only get better. Ironically, the isolation itself, which broke me, is also a silver lining of sorts as it has provided me with the time and space to begin to heal. I sit, think, journal and feel all these uncomfortable feelings and I’m trying to allow them to teach me something.

In case you needed a reminder – don’t be ashamed for any of the emotions you have felt or difficulties you have faced during these two months. Yes, somebody somewhere else might have it worse but you don’t have to downplay the importance of your individual reality and experience during this time. Your reality is 100% relative to you and you have the right to feel all the feelings that visit you.

Although it is obvious that this pandemic is not over yet and the road to recovery will be a long one, I am very much looking forward to the easing of some of the restrictions being placed on us. I believe we have all spent enough time in isolation, hopefully having broken away from the habits that weren’t working for us before, in order to to return to the outside world with clarity and strength to become the next level versions of ourselves.

I'm a Personal Trainer and Nutritionist passionate about helping people see fitness and health for what they really are and not what the media portrays them to be. View all posts by raheltheamazon